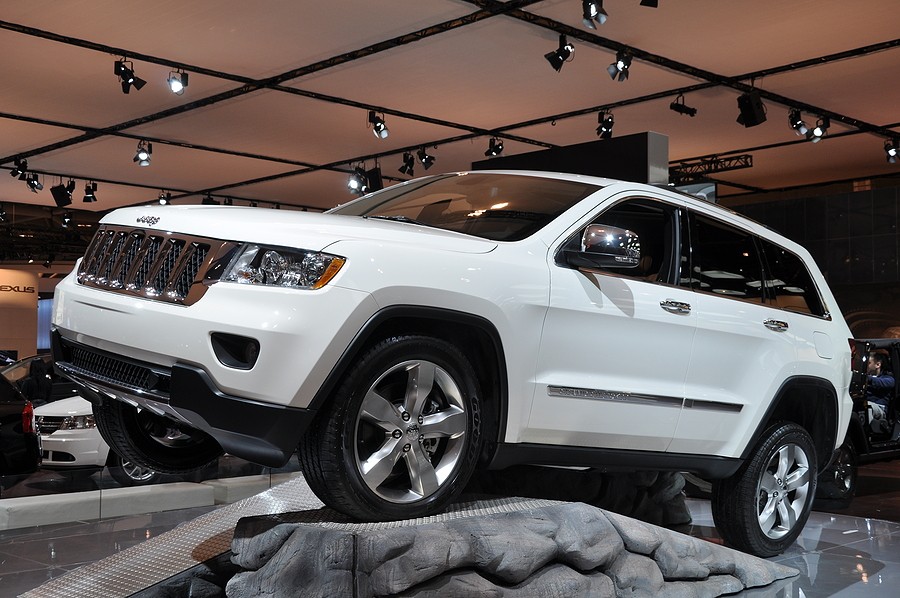 2011 Jeep Grand Cherokee problems made it the worse model year when it comes to total reported complaints to several review websites. These websites allow car owners to report mechanical issues with their vehicles during the lifetime of their cars.

The goal of this article is to provide an intensive review of all customer complaints regarding any mechanical issue with the 2011 Jeep Grand Cherokee. This information will be very valuable for new owners of the 2011 Jeep Grand Cherokee as it provides them with predictions of future problems they will face along with the suggested repair options and repair costs. Besides, we provide information about at what mileage the problem is expected to occur.

Furthermore, the article helps new vehicle shoppers make a well-informed decision about whether to buy the 2011 Jeep Grand Cherokee or not based on reviewing the type of problems they might face soon. Once they have some understanding of the critical problems and repair costs, they might rethink buying this vehicle.

In this article, we provide a quick overview of the main characteristics of the 2011 Jeep Grand Cherokee, including the main pros featured in several large websites like cars.usnews.com and Kelly Blue Book. Then, we summarize the most common reported problem from all the review websites we indicated earlier. In summary, we don't only state the problem, and we also indicate the mileage at which the problem occurs, the suggested repair options and repair costs, and problem ranking.

Before discussing the different problems in the 2011 Jeep Grand Cherokee, we would like to give a quick overview of the vehicle.

The five-passenger vehicle was featured for the very nice interior that is considered high quality, the very smooth off-road capability, and a very nice on-road manner.

2011 Jeep Grand Cherokee received the most reported complaint out of the entire company model years. Most reported problems to have to do with the electrical system, Engine, interior, fuel system, suspension, and others.

The most-reported complaints about this vehicle have to do with the electrical system. The majority of these complaints are related to either the TIPM system, Engine not starting, alternator failure, loss of power, and issues with unintended acceleration.

A large group of owners complained about several issues with the TIPM system, causing the Engine not to start. This problem was mostly resolved by either replacing or repairing the TIPM. The reported average repair cost for the TIPM problem was about $1,180, and it mostly occurred around 51,000 miles. this problem was ranked as “Pretty Bad.”

Other owners had an electrical issue causing the Engine not to start suddenly without any previous warning. When taking the vehicle to the mechanic, they got the problem resolved by either replacing the TIPM, fuel pump, ignition switch, or the alternator. The average repair cost for this problem was about $870, and it was ranked as “Pretty Bad,” as well.

Electrical system problems caused a loss in power for many 2011 Jeep Grand Cherokee owners. The problem was also related to the TIPM and was repaired for $2,000. This particular problem was ranked as “Really Awful.”

Lastly, several owners complained about issues with unintended acceleration whenever they drive their 73,000 miles vehicles. While they did not include information about repair cost or repair options, the problem was ranked as “Fairly Significant.”

Engine problems are the worst problems that any driver doesn't want to hear about. This is because engine problems require relatively high repair costs. Unfortunately, 2011 Jeep Grand Cherokee engine problems were the second most reported problems by most vehicle owners. These problems are related to either the engine stalling, check engine light, engine cranking, engine failing, and Engine making weird noises.

Engine stalling is the most reported problem when it comes to the 2011 Jeep Grand Cherokee engine. The problem was mostly resolved by either replacing the TIPM module, fuel pump, alternator, throttle body, or position sensor. The problem was repaired for an average of $1,700 and occurred at vehicles around 67,000 miles.

Check engine light is used by the internal computer to report any internal mechanical problem. However, several 2011 Jeep Grand Cherokee owners complained of continuous check engine light illuminating without a clear reason. The problem was mostly resolved by either replacing the cylinder head, the filler tube, the ESIM switch, or the crankshaft. The Average reported repair cost was about $170, and the problem mostly occurred at vehicles around 33,000 miles.

More than ten complaints were reported regarding Engine not starting and only cranking. The problem was reported by vehicles around 74,000 miles. To get rid of this issue, drivers had to remove the fuel pump relay from the TIPM for about $800.

Unfortunately, a good number of 80,000 miles of 2011 Jeep Grand Cherokee owners complained about a complete engine failure despite the regular maintenance for the vehicle. The problem was only resolved by installing a new engine for about $5,740.

The third most reported problem with the 2011 Jeep Grand Cherokee has to do with its interiors and accessories. The majority of reported complaints are related to issues with the leather, doors, dashboard, and backup camera.

Most owners reported great frustration because of damages in the dashboard leather, including bubbling and wrinkling. This problem was only resolved by replacing the dashboard for about $1,610, and it was reported by vehicles around 60,000 miles.

Other owners reported complaints about problems with the door locks not working properly. To get these doors to work, they had to either replace the door lock mechanism, panel, or TIPM. The Average reported repair cost was $350, and it occurred mostly at vehicles around 28,000 miles.

A couple of owners reported some issues with the backup camera that required a complete replacement to this camera. The Average reported repair cost was $110, and the problem was mostly reported by vehicles around 60,000 miles.

In addition to the previously listed problems, there are other less frequently reported problems by 2011 Jeep Grand Cherokee owners. These problems have to do with the fuel system, suspension, AC and heating, brakes, and transmission.

The most-reported 2011 Jeep Grand Cherokee fuel system problem is the defective TIPM fuel pump. This problem was mostly reported by vehicles around 56,000 miles and required either replacing the TIPM or the fuel pump to get the problem resolved. The Average reported repair cost was about $1,070.

Many owners complained of significant issues with the airlift suspension as it wasn't working properly. The problem was resolved by installing a new air suspension for about $1,700. This issue was reported mostly by vehicles around 70,000 miles.

A faulty AC system was reported many times by several owners. To get the AC to work, these owners had to either replace the actuator gear, the core, or the entire AC system for about $860. The problem occurred mostly at vehicles around 72,000 miles.

Luckily, transmission problems were not reported frequently by the 2011 Jeep Grand Cherokee owners with a total of only 15 complaints. Transmission issues were related to transmission not working properly, fluid leak, and banging into the gear.

Besides the problems we listed earlier, a faulty TIPM module can cause the 2011 Jeep Grand Cherokee's transmission not to work properly. This problem occurred at vehicles around 50,000 miles.

A couple of owners also reported a transmission fluid leak. They had to replace the cooler assembly to get the leak to stop. The problem required about $900 in repair cost on average. This issue occurred mostly in vehicles around 58,000 miles.

2011 Jeep Grand Cherokee Reviews – What do Kia Forte Owners Say About Their Car?

As we mentioned earlier, we performed an intensive review of most reported complaints by current 2011 Jeep Grand Cherokee owners. In this section, we provide some of the most common problems as stated by their owners.

This complaint was reported to carproblemzoo.com regarding an issue with the vehicle's engine “The contact owns a 2011 Jeep Grand Cherokee. The contact stated that after parking the vehicle in his driveway from a short distance, there was a electrical burning odor coming from the vehicle along with smoke. The contact then discovered that the coolant overflowed to the alternator without warning. The vehicle was towed to a local dealer (vision automotive group located at 920 panorama trail s , rochester, NY 14625) where it was diagnosed that the pcm failed causing the coolant to overheat and replaced the alternator, the drain tube and the battery. The vehicle was repaired. The contact was explained that the engineering of the drain tube for the coolant overflow tank was designed to be directly above the alternator and if the coolant overflows it would come in contact with the electric alternator causing a possible fire. The contact was concerned that if he would have drove a long distance his vehicle would have engulfed in flames. The manufacturer had been informed of failure and suggested the contact call NHTSA and get a service manual. The failure mileage was approximately 127,000.”

Another complaint was reported regarding the AC and heating system to consumerreports.org: “smoke coming out of the vents”

Engine issues were also reported to repairpal.com :” Engine is fine; it's the key fob. This is an ongoing issue; I've taken the Jeep to the dealer and a mechanic. I believe this is an issue that Jeep is refusing to acknowledge and that a mult-year recall is in order to fix this factory-caused problem. Looks like a class action will most likely be needed to force Jeep's hand”

Here is another complaint reported to Edmunds.com: “My JGC was bought almost new (16K on mine) from a Jeep dealer. The JGC started getting the CHECK ENGINE light at 25,000. Most if not all JGC had a starting problem that cost almost $2000 to fix until Jeep issued the recall then I got my 2K back. When my JEEP hit 100,000 miles it needed almost $6000 worth of work done. This is why I say this is the WORST vehicle I have ever owned, will never buy a JGC again and I tell everyone who asks about my JGC that it's crap. This is not a long term truck. These things are not built tough, they just look like it. Don't be fooled by this brand the JEEP GRAND CHEROKEE IS A LEMON.”

Lastly, here is a sample from the reported transmission issues to vehiclehistory.com: “I have had my vehicle for 9 years, and I purchased it new. I currently have only 131,000 miles and I am experiencing transmission issues that might not be feasible to repair. I have loved the vehicle up until this point, but am concerned about the level of long term quality.”

The majority of reported complaints about 2011 Jeep Grand Cherokee problems were related to the electrical system, the Engine, the interior, the fuel system, the suspension, and the AC and heating system.

The bottom line, the 2011 Jeep Grand Cherokee, might not be the best choice for any shopper for a new vehicle. Besides, current owners might need to rethink about keeping or selling their vehicles; the longer they keep the vehicle, the more problems will occur.