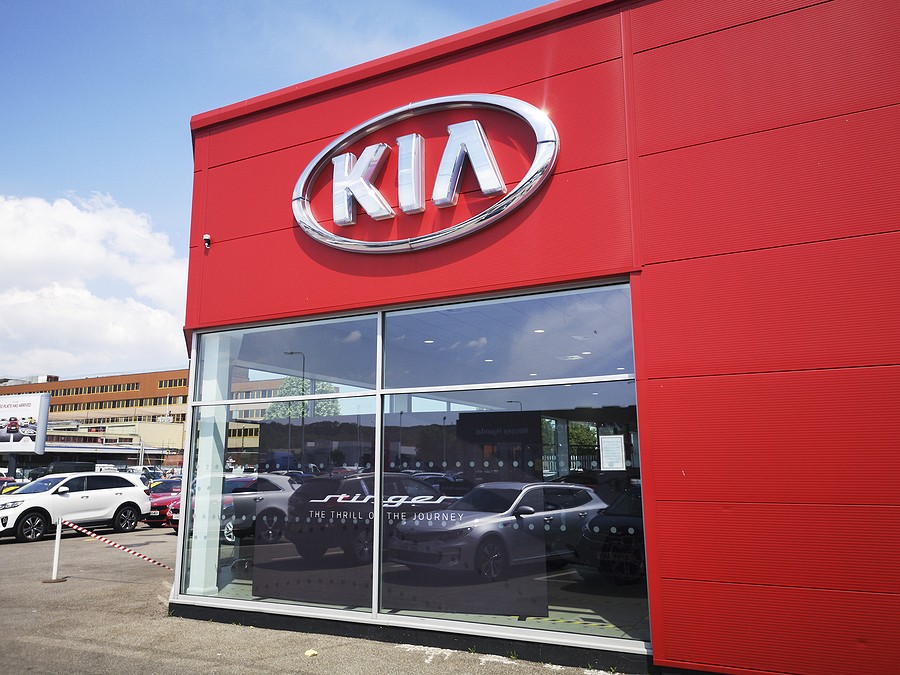 In this article, we summarize there is also a very intensive review of the most reported complaints about the 2007 Kia Spectra vehicle. In summary, we categorized the problem into different broad categories, information about suggested repair options and repair costs, and also mark the mileage at which the problem most likely occurs.

Before we jump into the details about the 2007 Kia Spectra problems, we would like to give a quick overview of the main characteristics of this vehicle and focusing mostly on the main pros.

The 2007 Kia Spectra attracted a lot of owners for the great and comfortable interior, the relatively low cost, the very nice exterior, and the long list of safety features in the base model.

This vehicle seats up to five passengers and gets strong 2324 miles per gallon on city roads and 30 to 32 miles per gallon on the highways. The vehicle comes with a front-wheel-drive And equipped with a 2.0 L 4 cylinder engine That provides up to 138 horsepower and about 136 pounds-feet of torque. The vehicle comes with either A4 speed automatic or five-speed manual transmission.

According to Kelley Blue Book, the manufacturer suggested retail price MSRP for the 2007 Kia Spectra is about $16,595.

The majority of reported complaints about this vehicle have to do with the fuel system, the engine, the seats and belts, the AC and heating system, the interior, the electrical system, and the lights.

The 1st and most reported complaints about the 2007 Kia Spectra have to do what they feel system, according to what was reported by current and previous vehicle owners. Fuel system issues are related to gas fumes, gas leaks, and stalling.

One of the biggest problems with this vehicle happens around 30,000 miles and is related to gas fumes in closed areas. According to what was reported by several owners, gas fumes happens frequently and could cause safety issues. If you come up with a similar problem, you might need to replace the purge valve, remove the gas tank, and replace the canister.

Another common problem with the 2007 Kia Spectra fuel system is related to vehicle stalling after refueling. The problem could occur around 48,000 miles. While the owners did not mention information about repair costs, they indicated that the issue was fixed under the extended warranty.

Engine problems are very critical; they are considered one of the nightmares that thing driver doesn't want to deal with. This is the cause. If you had an engine issue with your vehicle, you must resolve it as soon as possible. Otherwise, we'll be dealing with complicated issues that might end up with completely damaging your vehicle.

Furthermore, engine problems are not the type of problems, yet you can do it yourself because even if you have the required mechanical skill sets, you will still need to take the vehicle to a dealership or a repair shop to use the appropriate tools.

Unfortunately, the second most reported problem with the 2007 Kia Spectra is related to the engine. While the number of reported complaints about the engine is not super great, these problems were very critical, and it's worth mentioning it here.

Check engine lights are used by the internal computer of the vehicle to tell you that there are mechanical issues that need your immediate attention. When check engine light keeps illuminating frequently, it could be a sign of an issue with the vehicle. It can mean that you resolved the problem. You didn't fix everything needed.

Engine stalling is another reported issue with the 2007 Kia Spectra around 32,000 miles vehicles. While a lot of owners did not report the problem, it is still something to keep an eye on around this mileage.

The last problem we would like to highlight here was reported only one time about a 100,000 miles vehicle. The owner mentioned that his vehicle would reverse at idle. The problem could be beyond dangerous if one were there in the middle of traffic or around other vehicles.

Owners for vehicles around 80,000 miles reported significant issues with the airbags. One of them reported that he got involved in a severe accident, and their bag did not function. As a result, he had to stay in the hospital for more than two months. The other owner reported the opposite story; their backs check light with common on its own while it's not needed.

AC and heating system were not reported as frequently about the 2007 Kia Spectra. Only two owners had issues with lower not working vehicles around 97,000 miles. To get the problem resolved, they had to repair wiring for about $900.

Similar to AC and heating problems, central issues were not reported that often about the 2007 Kia Spectra vehicles. The only reported complaint had to deal with issues with the door locks In vehicles around 44,000 miles. The issue with the door lock is that if you left the key inside the vehicle and you got this problem, you might not be able to get it out unless you have the windows down. Thus, several owners recommend that you never leave your keys inside your vehicle unless you are sure that the windows are a little down.

Lights problems were reported only two times about the 2007 Kia Spectra. Most problems occurred mostly around 100,000 miles vehicles, and one of them is regarding headlights running out on the other as regarding left turn signal not working properly.

Transmission problems are very severe, and usually, they require a lot of money to get fixed if they did. Luckily only one complaint was reported about transmission issues with the 2007 Kia Spectra vehicle. One owner reported a complete transmission failure around 115,000 miles vehicle without any previous warning signs and despite the regular maintenance of this vehicle. To get the problem resolved, he had to replace the transmission with a rebuilt transmission for about $2,150.

Is it worth repairing the 2007 Kia Spectra?

Well, answering this question will have the same logic for any vehicle, whether it's the 2007 Kia Spectra or not. Before you decide to repair your vehicle, you need to ask yourself several questions like: is this the only mechanical problem that your vehicle has? Is your vehicle as a high mileage? Are repair costs getting close to the actual worth of your vehicle, if not more?

If you get to a point where at least one of the mentioned questions has a yes answer, it is the time to start thinking about Plan B and selling your vehicle or trading it with another better one.

To get information about the process, or what you need to do is to give us a call, review and accept our instant free offer, get your vehicle removed within one to three days, receive your cash payment right on the spot.

Once you have the cash payment, there are a lot of options in front of you; you could use this money to start the down payment for a better vehicle that doesn't have any mechanical issues and save yourself a lot of time and effort.

In this section, we included information about what current owners think of 2007 Kia Spectra Problems.  It is important to note that we focused this section on their views that had negative complaints about the 2007 Kia Spectra vehicle. This doesn't mean that current vehicle owners do not like their car; it's just be focused on providing more details about the vehicle problems rather than the vehicle's good features.

The first owner reported an issue to carcomplaints.com: “This is the second time we've had gasoline fumes fill our closed garage and seep into the house. This time there wasn't any gasoline on the garage floor – so there wasn't an obvious leak like last time. However, now we have the added problem of it stalling in traffic when you come to a stop and then try to accelerate and it dies on you. Luckily, this didn't happen trying to merge into a flow of traffic so I didn't get hit by anyone else. But who knows what will happen next time because when I took it back to the Kia dealership, they said they “could not duplicate concern.” So they did nothing but “scan the system” and perform a fuel system pressure test which they said was “normal.” But since this only happens sporadically, how will they ever be able to find it since you have to wait for an appointment to get in the service dept. which is days later and it has stopped doing it — until the next time. I can't find any recall information on this issue but numerous complaints on the internet about previous Kias of various years and types having a stalling problem and fuel system problem. At least when the gasoline actually leaked out of the car previously, there was gasoline on the ground so that the dealership couldn't deny there was a problem.”

The second owner reported a problem to edmunds.com: “I like that it is a working vehicle that is gets me from point a to point b with no issues. I do, however, would like a larger vehicle when we can afFord it.”

The 3rd owner reported a problem to vehiclehistory.com: “Don't buy Kia.  I have had my Kia for 7 years and the check engine light has come on and off since I owned it.  brought it in a few time to a dealer and they can't find anything wrong with it.  now I have to have it emission tested and the check engine light is on so it failed.   Kia won't do anything about it of course because it is out of warranty.”

In the 2007 Kia Spectra case, total reported complaints where not that high and did not require high repair costs, although the second most reported were related to engine problems.

In general, the 2007 Kia Spectra is a good vehicle despite the reported complaints after 100,000 miles. This is because any vehicle could start having mechanical issues after the 100,000 miles.

Thus, you are a current owner of a 2007 Kia Spectra keep an eye at your vehicle mechanical issues after at 100,000 miles. If you run into problems that needed high repair costs, and these costs are getting close to your vehicle value, you might need to start thinking of selling your vehicle immediately.

As we mentioned earlier, Cash Cars Buyers can guarantee to buy your 2007 Kia Spectra despite its condition an offer you free towing despite your living location.