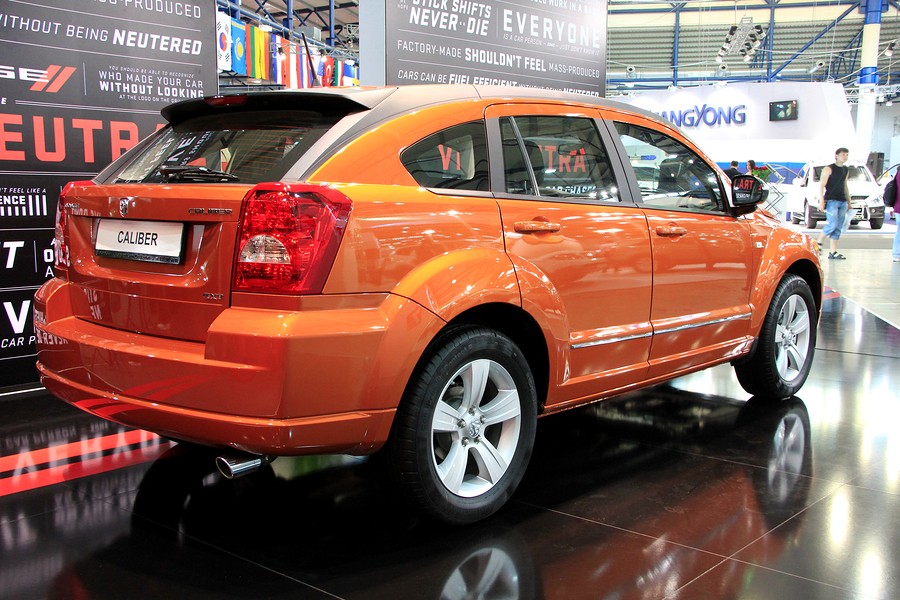 The Dodge Caliber was a five-door hatchback sedan made by Dodge from the year 2007 until 2012. In part, it was introduced to replace both the Dodge Neon, and the Chrysler PT Cruiser. It was a big deal at the time as it was going to be something of a flagship model for Dodge to be introduced into Asian and European markets. The 2007 Dodge Caliber problems were extensive and costly.

Dodge went all out to promote the Calibre for its 2007 release, spending 20% of their ad budgets on online promotions. It worked out for the first couple of years as the Calibre sold fairly well in 2007 and through 2008. Things did start to go downhill fairly quickly though, and the 2007 Dodge Caliber is infamous for its numerous problems.

Carcomplaints.com, which compiles all of the safety issues and problems that can affect any vehicle has listed the 2007 Dodge Caliber not just as a bad vehicle year, but as the worst ever. In fact, on their page detailing the 2007 Dodge Caliber they've literally stamped it with a warning that says avoid it like the plague. It's never a good sign when you liken a car to a deadly disease.

Hands down, the biggest problem with the 2007 Dodge Caliber was the suspension. Literally hundreds of Calibre owners were faced with a suspension that essentially fell apart at a very low mileage. For most drivers this issue was the result of the ball joints and control arms going bad. There were also problems with tie rods and leaking struts, and these also occurred at the same low mileage. These issues typically took place in the 40,000 to 50,000-mile range, which is far sooner than anything like this should happen, if it should even happen at all. Some drivers reported the ball joints failing after as little as 20,000 miles.

Typical suspension problems crop up and vehicles after they've sustained a good deal of wear and tear. You're looking at things falling apart well over a hundred thousand miles, if it happens at all. And when it does happen, it's usually one part that fails. The 2007 Dodge Caliber seems to have an entirely faulty suspension from start to finish. For so many different parts to fall apart, and typically around the same number of miles, meant that something was seriously wrong from the manufacturing onward.

The typical repair cost for dealing with this suspension issue was around $870, so it's no small investment to have to manage this.

Though there was no recall issued relating to any problems with suspension, Dodge did put out a technical service bulletin for dealers to handle the problem if customers came in complaining of suspension issues. In those instances, they were advised to inspect front and rear cross members for any severe corrosion and if it was bad enough, replace them. That was about as far as Dodge went to deal with this issue.

The only upside to the suspension issues happening at such low mileage meant that some drivers were at least under warranty when it happened. If you bought a used 2007 Dodge Caliber several years later however, this would be a problem that you'd have to manage on your own.

Most drivers who experience the transmission problem suffered a full transmission failure. The average mileage for this problem to crop up with around 85,000, which is pretty early on for your transmission to simply drop out on you. Worse than that, the average cost to fix it was over $2,500. This was a serious problem.

Even when the transmission works properly in the Dodge Caliber it was not uncommon for drivers to experience a remarkably loud and endless droning sound from the continuously variable transmission system. The sound started when you started driving, and it kept going for the entire trip. And this was considered optimal working conditions.

As many drivers have come to realize, and as we have explained before, transmission problems are very costly and can get as high as $3,400.

Starting problems were fairly frequent issues with the 2007 Dodge Caliber. More than one driver reported that the engine wouldn't turn over on ignition, or that it would make some loud grinding sounds. It seems that a lot of these problems were related to electrical problems such as an issue with an electronic theft system fault. The fix for this one was fairly simple and could be as easy as finding the ignition fuse and replacing it. If you weren't able to do it yourself looking at maybe $100 fee at a mechanic.

Aside from the electronic theft system, there were other similar electronic problems that also had the same symptom of the car not starting correctly.

Engine problems plagued the 2007 model year for the Dodge Caliber, in particular an issue where the engine would simply stall or stop entirely even in the middle of driving. Some drivers reported that the car would stall out on short trips repeatedly, as many as five times on a routine trip from home to school. This was when the car was still brand new and had only been on the road for under a year. There were a range of problems relating to the engine that went from a whining or whirring noise that seemed to come from under the hood to a serious grinding noise when driving at low RPMs.

Speed control issues also cropped up fairly frequently for some drivers. This could range from the car being completely unable to maintain a decent speed and crawling along at around 10 miles per hour, to the much more serious issue of the car rapidly accelerating unpredictably. These problems did result in several accidents.

What are more unusual problems that plagued the 2007 Dodge Caliber was a leaking issue. Damaged sunroof drain tubes could cause leaks in the headliner which would come into the cabin of the car. The fix for this would cost probably around $100 or so on average, depending on the nature of the damage. It happened to enough drivers to make it a significant thing worth looking out for.

While every car will be subject to body and paint problems after a certain amount of time, and rust isn't something that's completely avoidable, it's worth noting that the 2007 Dodge Caliber had some noteworthy problems with subframe rust.  These were extensive rust issues and they frequently occurred well before a hundred thousand miles. Small amounts of rest are usual, but definitely not to this degree and certainly not as quickly as it happened.

As we mentioned with the suspension issues, rust was a major factor in those problems. The resting underneath a Dodge Caliber could be so extensive that the suspension would fail, and you were risking having other parts of the engine compartment literally fall out of the vehicle. Repairing a rusted out subframe on the 2007 Dodge Caliber could cost you anywhere from $700 to $1,400.

Another problem with the 2007 Dodge Caliber related to the massive pillars inside the vehicle. The driver side blind-spot was of a significant size.  You can expect every card to have a blind spot; it's unavoidable and how they're manufactured. But the Dodge Caliber is blind spot was a real standout that made driving a lot less safe than it should have.

Are There Any Recalls on the 2007 Dodge Caliber?

There were four recalls for the 2007 Dodge Caliber, but amazingly none of them had anything to do with the major issues that most drivers had with the vehicle. There was no recall related to the suspension or the transmission in any way.

The smallest recall for the Calibre affected wheel hub mounting bolts and it was only issued for about 400 units. The next recall affected just under 25,000 vehicles and it was issued because of a problem with the accelerator sticking when you pushed your foot down on it. A third recall related to a malfunctioning ABS module that could break down and cause a crash while you were driving. The final recall issued for the 2007 Dodge Caliber affected 61,000 units and was issued because the fire extinguisher that came with the car could be clogged and inoperable.

None of the major complaints associated with the Dodge Caliber had anything to do with these recalls.

It's very hard to put a life expectancy on any vehicle, really. How you take care of it, where you are living in the world, and all manner of other factors can either extend or limit the lifespan of a vehicle. Those who live in the desert, for instance, are not going to be subject to the same kind of environmental wear and tear and rust that somebody who's driving through Michigan winters has to put up with. Likewise, a person who changes their oil like clockwork and does routine maintenance as scheduled will probably have a car that outlives one that never gets maintained.

Given the remarkable number of problems that the 2007 Dodge Caliber faced from transmission to suspension to engine issues, the life expectancy of one of these cars was not as long as it might have been for a more well-built model. One of the writers for Jalopnik detailed driving his brother's 2007 Dodge Caliber and how it had already hit 150,000 miles which he felt was about as much as you can expect to get out of one of these cars.

Now that it's the year 2020, the likelihood that there's any 2007 Dodge Caliber still out there with a lifespan that hasn't completely run out yet is all but impossible. There probably are a few on the road that are still running but if you were in Las Vegas putting money on the odds, it would be a much safer bet to put your money on the Dodge Caliber being dead at this point.

Is It Worth It?

Knowing what you know now about the 2007 Dodge Caliber, it should be clear that this was one of the worst cars in recent memory and definitely one of the worst cars Dodge ever made. There was a reason that Dodge ended the Caliber after only five years of production. As we said, Carcomplaints.com said to avoid this car like the plague. That Jalopnik article we mentioned refers to the Calibre as the worst car of the millennium. It's definitely a standout for all the wrong reasons.

If you happen to be shopping for a used car and you see a 2007 Dodge Caliber for sale, do not buy it. It doesn't matter how many miles it has on it; it doesn't matter how good it looks right now, there is almost no chance that you won't have a problem with his car. Given that they are 13 years old right now and that there have been so many superior vehicles made in the interim, there's really no reason to accept this car. Realistically, even if someone gave you this car for free, it would not be worth investing any money in if something went wrong with it. That may seem harsh but it's the reality of what has proved to be one of the most poorly made cars not just in Dodge history, but in automobile history.