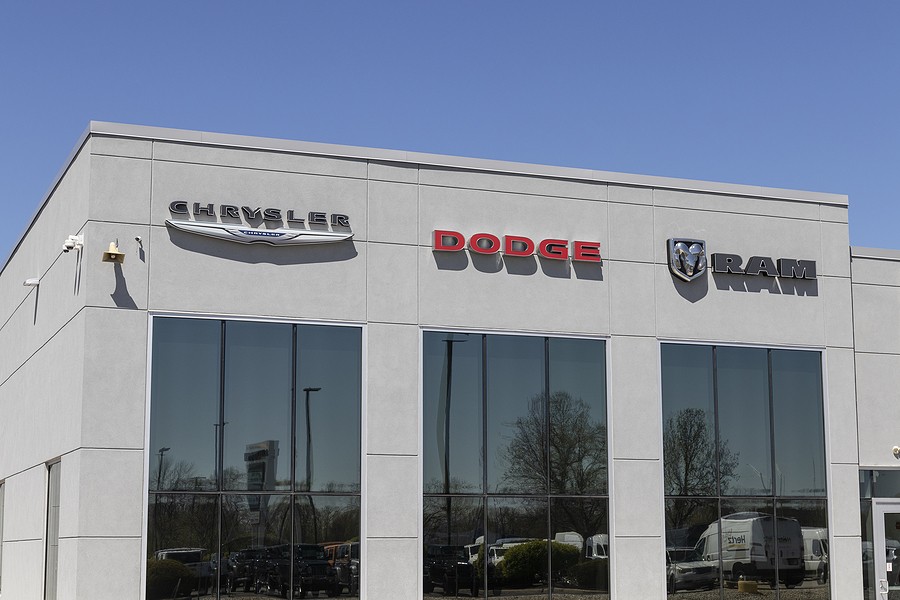 A used car is a great solution to afford a reliable car and safe money, but not if that car is a 2007 Dodge Caliber. This car has four recalls, none of which relate to its more serious problems including transmission and engine problems. The best solution is to send this car to a junkyard.

The 2007 Dodge Caliber was released as a replacement for the Dodge Neon and Chrysler PT Cruiser. In the first few years, it was a quick and easy sell for Dodge. After that, things went downhill quickly due to its severe issues.

The Dodge Neon was a cool car, but it had a lot of problems. People originally liked it because it came in a cool neon colors like electric green, teal, and violet. It was fairly affordable and made a great first car for young people.

Later, though, it had a lot of mechanical problems (head gasket) that made them kind of a joke. Because of this, the car was discontinued. Seeing one in the wild is kind of fun because you know they’ve been someone’s special project.

It seems like in the case of the Dodge Caliber, the apple doesn’t fall far from the tree.

A transmission problem or engine problem is a serious and costly repair for any vehicle. Not only does the 2007 Dodge Caliber have those issues but also starting, leaking, and body issues. These issues have led to several class-action lawsuits throughout the years, even as recently as 2021.

No used car is perfect especially the 2007 Dodge Caliber. If you are a current owner and find yourself driving around a used 2007 Dodge Caliber, it is likely safer for you to get rid of the vehicle instead of risk expensive repairs or worse – a car accident.

This blog outlines the common problems that occur in the 2007 Dodge Caliber and today’s estimates for repairs. Repairs are dependent on severity, location, and mechanic. Prices can vary for both parts and labor.

The most severe of all 2007 Dodge Caliber problems was the suspension. At around 50,000 miles, the suspension completely fell apart due to bad ball joints or control arms. Additionally, there were issues with the tie rods and leaking struts.

This type of suspension issue is rare and if it occurs should not occur at such low mileage. Some customers reported this happening around 20,000 miles.

Even with certain repairs, such as the ball joints or control arms, the suspension would still fail. This is a serious problem as without the suspension, the car isn’t going very far.

This repair costs around $900, depending on which parts need to be replaced. Not only is this not a small repair, but it could also be a repair that needs to be made more than once due to an entirely faulty suspension system.

The 2007 Dodge Caliber also had its share of transmission issues. If drivers had a transmission issue it was often complete failure which happened around 85,000 miles. This is a very serious and very costly problem.

When you think about the average lifespan of a car, which is about twelve years these days, that’s not a great prognosis. A 2007 Dodge Caliber already has 14 years on the road (and counting). Beyond its expiration date, it would be hard to find one of these vehicles with fewer than 85,000 miles on it.

In some cases, the engine and transmission control modules needed to be programmed to address software upgrades. If only one module was programmed, problems could still exist. However if both modules were programmed and problems existed, a bigger issue needed to be dealt with.

If the transmission worked properly, some customers experienced a loud sound coming from the transmission. It occurred when they began driving and remained for the entirety of the drive.

Some customers reported transmission fluid heating so high that the transmission light came on, the lines leaked, and they experienced a loss of acceleration when shifting gears. These symptoms on par with total system failure.

Not only do these issues make driving dangerous, but these repairs also begin at around $2,500 and could cost as much as $3,500.

Another problem with the 2007 Dodge Caliber is a starting issue.

Drivers reported that the engine would not turn on the ignition or that it would make a loud, grinding sound. This issue was related to an electronic problem in the theft system fault and could be fixed by replacing the ignition fuse.

Luckily, this issue was inexpensive to repair at around $100. This is one of those small repairs that are a nuisance but not a reason to send the car to the junkyard.

The 2007 Dodge Caliber had an intense engine problem. While driving, customers reported that the car would stall or stop entirely, even though the car was brand new. This also caused a variety of noises from the engine including a grinding sound.

Most people would never expect this to happen with a new car, so it would be quite surprising and frustrating to deal with a problem like this. Hopefully the original owners had the repair covered when it was under warranty!

Another issue related to the engine problem was speed control. Some customers reported that the car was unable to maintain speed and would only move forward at around 10 miles per hour.

Not only did these problems result in several accidents, but they are also costly. A complete engine repair costs from $2,500 to $4,000.

An unusual yet slightly less traumatic problem the 2007 Dodge Caliber experienced was a leaking issue from the sunroof drain. This would cause water to enter the cabin of the car.

This could be a more serious problem in places like Chicago where the seasons bring us different problems. For example, heavy summer rains will definitely cause a musty smell and maybe mold if your car isn’t covered. In the winter, snow could melt and leak, resulting in the same problem.

All five years of models were affected by this problem which occurred around 65,000 miles. Fortunately, if caught early, it costs around $100 to repair.

All cars experience body issues as part of normal wear and tear; however, the 2007 Dodge Caliber experienced extensive rust within the subframe. This is concerning given the suspension issues already mentioned.

Body issues are tricky because some people are extremely concerned about how their car looks. Others aren’t interested in exteriors, but they should be a little – the subframe provides structure and safety in the vehicle.

Dodge offered a warranty against body rust for five years or 100,000 miles. If you do not have a warranty, repairing the rust on a subframe costs between $700 to $1,400.

Not surprisingly, a vehicle with numerous problems such as the 2007 Dodge Caliber has its share of recalls, however, none had to do with the suspension or transmission.

If you own a 2007 Dodge Caliber and are interested in learning more about these recalls, contact a Dodge dealership near you.

Is the 2007 Dodge Caliber a Reliable Car?

The 2007 Dodge Caliber may be a reliable vehicle depending on where you live and other factors related to the lifespan of the vehicle.

If you live in an area with harsh winters where salt is used on the roads, you are more likely to experience more environmental rust than someone not subject to that type of environment. This could eat away at the suspension at a greater rate.

If the car had routine maintenance and proper repairs were made, the car could be reliable for short trips. However, with so many problems, any situation outside of those means the car is not reliable.

How Much Should I Pay for a 2007 Dodge Caliber?

If you find a 2007 Dodge Caliber on the market, the price depends on a variety of factors including condition and mileage.

If the car had proper maintenance and the mileage is low, you will more than likely pay more. Think of that as an investment. When you try to save money in buying a used car, you often pay for it in the end when your car is towed off to a mechanic for surprise repairs – none covered under warranty.

If you are thinking of purchasing a 2007 Dodge Caliber, keep in mind that this car is not as reliable as others, and the price should reflect that. It could be a great car for a new driver, a person in need of a simple ride to get from point A to point B, or a mechanic who likes doing repairs.

The 2007 Dodge Caliber was more than a headache for Dodge; it was one of the worst cars Dodge produced. Production of the Dodge Caliber ended after five years as it is plagued with problems.

If you purchased a used 2007 Dodge Caliber, your best option is getting rid of the car. Instead of burdening someone else with the car and its issues, the best solution is to send it to the junkyard. Don’t risk driving the vehicle – call for tow service and have it sent directly to the junkyard.

This is tough advice for some- a Dodge Caliber feels like a bad luck charm. You want to pass it on to the next person and make a quick buck in the process. Remember that sending the car to the junkyard does put cash in your hands and is the right thing to do.

If you are considering purchasing an old Dodge Caliber, be sure to take it to a mechanic for inspection before signing on the dotted line. You can save yourself a lot of headaches by being aware of just what it is you’re getting into with the deal.

This car is not worth investing any money due to the number of recalls and issues it has. Unfortunately, it was a poorly made car. Imagine making any one of the repairs only to drive around town wondering if this will be the trip the car fails. Your safety is worth much more.

Explore your options and make a smart choice. A local mechanic put it best, “Even if you receive a 2007Dodge Caliber as a gift, it is not worth keeping.”