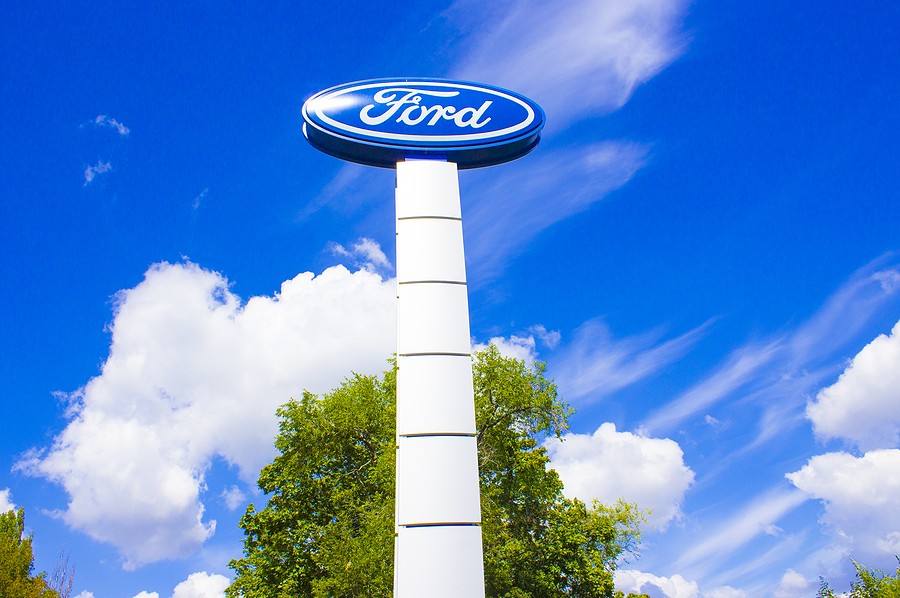 2005 Ford Explorer problems have to do with the body and paint, transmission, interior, engine, wheels and hubs, and AC and heating system. Unfortunately, transmission and engine problems required very high repair costs and were very common.

The best way to understand any vehicle's mechanical problems is by listening to what current and previous owners say about their vehicles. Luckily, many online resources compile reviews about mechanical issues from vehicle owners. These websites allow the owners not only to report the problem but also to indicate information about repair options and repair costs along with the mileage at which the problem occurred.

In summary, we include information about repair options and repair costs, the mileage at which the problem occurred, and provide some of the most reported customer reviews from the websites we mentioned earlier.

The 2005 Ford Explorer seats up to five passengers and gets about 16 miles per gallon on city roads and 21 miles per gallon on the highways. The vehicle comes with either a 4.0 L V6 or 4.6 L V8 powerful engine. This engine is associated with a five-speed automatic transmission. The curb weight for the 2005 Ford Explorer ranges from 4,306 to 4,480 lbs with a fuel tank capacity of 22.5 gallons.

The original manufacturer suggested retail price for the 2005 Ford Explorer is $30,810, according to autotrader.com.

The most-reported problem about the 2005 Ford Explorer had to do with the body and paint, with a total of 323 reported complaints to carcomplaints.com. Body and paint problems were related to cracks in the rear window, paint peeling off, and excessive rust.

Several owners reported cracks in the rear window panel, especially after car wash. In some cases, the window cracks injured some of the owners, and they requested recall from Ford. The problem was resolved by replacing the part for about $450. Windows cracks occurred mostly at 82,000 miles.

Other owners reported paint flaking off and bubbling in the 2005 Ford Explorer hood. The owners reported that Ford dealers did not provide any very disappointing help. The problem was mostly resolved by either repainting the hood or replacing it in some cases. The average repair cost for this problem was about $750, and it was mostly reported by vehicles around 70,000 miles.

The last problem we would like to highlight in this category is related to excessive rust in multiple parts of the vehicle like the hood, the roof, and the doors. The problem occurred mostly at vehicles around 80,000 miles, and the owners did not report information about repair options or repair costs.

Transmission problems are one of the worst problems that any driver would like to deal with. This is because it usually costs a lot of money on repair and requires high skilled professional mechanics to get the repairs done.

Unfortunately, the second most reported problem with the 2005 Ford Explorer is related to the transmission. Most of these problems had to do with the transmission slipping, failing, lurching, and not reversing.

Interior problems were reported frequently about the 2005 Ford Explorer vehicle. Most of the complaints received were related to issues with the sun visor, lumbar support, seat lever, and gear stick.

Many owners showed great frustration from sun visor plastic clips falling without anyone touching it. The problem happened at the passenger and the driver's sun visors. To get this problem resolved, sun visor had to be replaced for about $130. The problem occurred mostly at vehicles around 66,000 miles.

Other owners reported significant issues with the seating, and they described them as “horribly uncomfortable.” The seating got torn apart because of a brake in the lumbar support. The average repair cost for this problem was about $320, and it occurred mostly at vehicles around 76,000 miles.

Lastly, more than five owners reported a broken gear stick in their 2005 Ford Explorer vehicles. The problem requires replacing either the gear stick or the steering column for about $1,800 to get resolved. This issue occurred mostly at vehicles around 76,000 miles.

Similar to transmission problems, engine problems are very complicated and require a lot of repair effort and budget. The reported problems had to do with the engine dying, stalling, and failing.

More than fifteen owners reported that their engine would die without a clear reason or any previous warning signs. To get the problem resolved, they had to either replace the timing belt, the fuel pump and the fuel filter, or the throttle body. The average repair cost for this problem was about $1,160, and it occurred mostly at vehicles around 78,000 miles.

Engine stalling was also reported frequently about the 2005 Ford Explorer vehicle. Engine stalling caused many vehicles to shut off completely when driving on a highway, causing issues with the power steering and the abs brakes. The problem was described as very dangerous and could be caused by safety issues. While the owners did not report repair options or repair costs, they indicated that the problem occurred mostly at vehicles around 84,000 miles.

Unfortunately, engine failure was not rare with the 2005 Ford Explorer, as reported by several owners. These owners mentioned that they maintained regular maintenance and checks to their vehicles. Still, the engine failure happened at around 80,000 miles. The problem required installing a new engine for about $4,210.

More than fifty owners reported issues with the wheels and hubs in their 2005 Ford Explorer vehicles. The problems were related to either wheel bearing failure, wheel studs shear off, and issues with the tire pressure light.

At least six owners reported that their wheel would shear off the vehicle from the passenger side while driving without any warning signs. To resolve the problem, they had to replace the wheel studs for about $280 on their 143,000 miles vehicles.

Lastly, many owners reported having issues with the tire pressure flashlight illuminating without a clear reason, and despite the pressure level in the tire is OK—the problem required replacing the bad sensors for about $600 to get resolved. Pressure check light problems occurred mostly at vehicles around 100,000 miles.

AC and heating system problems were reported by more than forty owners of different 2005 Ford Explorer vehicles. Most reported complaints were related to hearing weird noises coming from the AC system, and AC blowing hot air.

The majority of reported complaints indicated hearing some clicking noise coming from the AC system whenever the owners turned it on. To get the problem resolved, they had to replace the actuator door or the entire heating system. The problem required about $690 on repair and occurred mostly at vehicles around 87,000 miles.

About five owners reported that no air comes out of the AC and heating vents. The problem was due to issues with the vent control, and it required about $1,100 on repair cost. This problem occurred mostly at vehicles around 91,000 miles.

Lastly, two owners had issues with the AC system blowing hot air and not responding to change in temperature or temperature adjustment. While they did not report information about repair options or repair costs, they mentioned that the problem occurred mostly at vehicles at 98,000 miles.

In this section, we included information about what current owners think of their 2005 Ford Explorer Problems.

This owner reported significant issues with his vehicle's engine to carcomplaints.com: “I wish I had found this site before I bought that piece of garbage. I thought a used low mileage (71,000miles) Would last me a few years. Not so. First the noise in the differential started a week after I bought it. I had the fluid changed, and it had so many metal shavings in it, that the fluid was silver. I let it go and things were OK until I hit just over 100,000 miles. The transmission started hesitating to go into reverse, then would engage with a loud thud. Then it would shift roughly from second to third, and started slipping. Then one day I started it after getting gas. I put it in gear and drove about 100 feet and the car stopped and made a sound like something fell out and was dragging the ground. I checked under the car, put it back in drive and same thing. The car said check transmission and the overdrive light came on. I had it towed to a transmission shop and reported that the planetary gear broke, taking out a few other pieces as well. They rebuilt an extra one they had because it was less damaged than mine at a cost of $2400 dollars. I thought I'd try to keep it, but a week later a wheel bearing started going bad and the harmonic balancer was going bad. I traded it in on a Chevy last week.”

The second owner reported issues with his vehicle’s engine and other issues to vehiclehistory.com: “Breaks, its gone through the original engine, has had pne replacement, & is now getting a 3rd engine. Not rebuilt, NEW. Front end alignment. Ball joints, tie rods. The springs in the dr.seat are poking out the side, the seat adjustment switches don't work to move it back and forth both seats. The ac went out 4 yrs ago, the paint flaked off in large sections. Some reason 3 new batteries( diff. Brands) have all died repeatedly overnights. The back seat wall lever no longer catches in the up position”

The last owner reported a complaint with his vehicle’s transmission to Edmunds.com: “We bought our Explorer in 2005 new.

Shortly after 36,000 miles we had problems with the reverse: going into reverse and going from reverse into drive.

It would take about 3 to 5 seconds for the gears to catch and move the car.

After a new transmission everything else started to go wrong.

Interesting that until we took it to the dealer we had no other problems! The blinkers work intermittently, the rear windows work sometimes or NOT and the leather is cracking sides/edges.”

While the high number of complaints doesn't always mean a bad vehicle, a good number of the reported complaints about the 2005 Ford Explorer were related to the transmission and the engine and required a very high repair costs up to $4,500.

It is important to note that most reported engine and transmission problems occurred at higher mileage of about 85,000sh miles.

This article provides good information to current 2005 Ford Explorer owners to expect the type of mechanical problems they will face and at which mileage. This way, they can have good plans about whether to keep their vehicles or not.

New shoppers for used 2005 Ford Explorer can also make an informed decision about buying a used vehicle or not, especially by looking at the mileage and expect what type of mechanical problem they will face. They can also use the information in this article to inspect the vehicles they will buy. For instance, they now know what problems they should keep an eye at to avoid getting scammed and buying vehicles with significant problems related to the engine or the transmission.

Once you have the 2005 Ford Explorer vehicle, and if you dealt with significant problems, remember that Cash Car Buyer buys any unwanted vehicle despite its condition. We also offer free towing for all customers despite their living location.

If you are interested, give us a call and listen to our super easy process and get your 2005 Ford Explorer vehicle removed within one to three days!