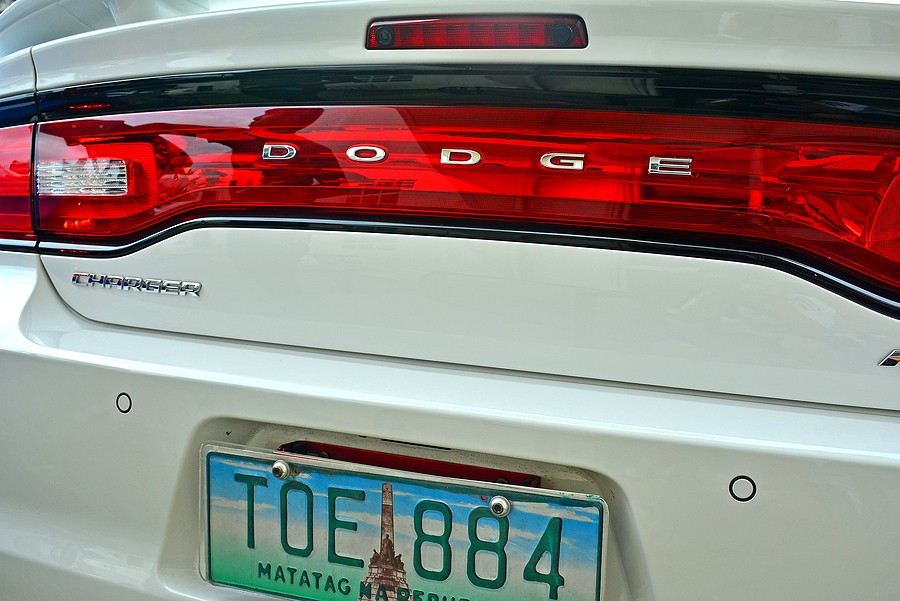 The Dodge Intrepid was Chrysler’s answer to a vehicle that offered tremendous power as well as modest fuel efficiency. Known to handle rough roads quite well, it also delivered a pleasant as well as comfortable ride to passengers and the driver.

The vehicle can accommodate up to five passengers or six- with available front bench seat. Despite its age, the Intrepid has an attractive as well as contemporary. The Intrepid SXT was a car that was built with strong value and stamina. It also offered faster acceleration performance and amenities that rival its class of car.

What Happened To The Dodge Intrepid?

The Intrepid was the four-door sedan that was only manufactured between 1993 and 2004. Popularity of the Intrepid declined over its 12-year lifespan. Now in 2020, Dodge offers consumers vehicles such as the Charger, Challenger, the Journey and more.

How Many Miles Does A Dodge Intrepid Last?

Dodge Intrepid Reviews- What Do Intrepid Owners Say About the Car?

The 2001 Dodge Intrepid seems to be a car that has stamina as well as reliability. Check out some Intrepid owners who note their experiences with their Dodge Intrepid vehicles:

“Well, I have decided after driving my 2001 Intrepid for 241,000 miles, it warranted a review for consumers. I did not have any mechanical issues with the car until it reached the 170,000 mark. I have always maintained the normal with the required oil changes, etc. At the 100,000 mark, one of the cooling fans quit working. [Then I had to replace the] timing built, [I then had to get the] alternator replaced. I loved my Intrepid’s solid performance and was not ready to purchase a different automobile, [so] decided to make the necessary mechanical repairs. To my pleasant surprise my Intrepid is reached 241,000 miles!”

“I am on my second Intrepid.  I went for the R/T Motorsports edition this time and am totally pleased.  The ride is great and the additional power of the 3.5L vs. 2.7L really comes in handy on the interstate.  My 2001 is much quieter than my 1998 base edition, and the ride is exceptional for a car in this price range.  Driving about 50K per year I really need a car that is comfortable and reliable and my Intrepid’s have certainly been that.”

“This was the first car I ever had, and I must say I loved it. I got it when it was just over 100,000 miles and I had it until 118,000. It would be still running today, but a drunk driver hit it and it was totaled. It was a great, reliable car. But it is important to keep up with oil changes and services. The interior is very comfortable and can easily fit five people-six uncomfortably. The trunk is huge, which was a great plus. This body style looks a lot nicer than the old one, all in all I think this is a great car.”

“I have owned this car since 2001. I bought it with 14,000 miles on it and drive it hard. The car is now 10 years old with 120,000 miles on it and I have never had anything on the drive train cause me a problem. The one area that has been a pain is the upper front sway bar link which has been replaced by me twice in 10 years. I replaced the brakes once so far but have to replace the front rotors and pads again. I also need to replace the front struts which is not bad as they are the originals. This car is in Massachusetts with its winters, the car is terrible in snow, and the worst streets and highways in the country. I would buy this car again in a heartbeat.”

Common Problems with the Dodge Intrepid

As with any vehicle, comes praise as well as problems. Some of the most common issues that plague and affect the performance of the Dodge Intrepid include:

We take a look at some of the most common issues with the 2001 Dodge Intrepid as told by drivers.

[Regarding my experiences with my]2001 Dodge Intrepid 2.7 v6- [I]bought this car used to help my daughter go to college. [It] looked good inside and out. All maintenance records looked good. [I]have owned many Chrysler products in my life and have been fairly satisfied. Eight months and 8000 miles later engine goes without warning. I understand there are problems with all makes and models of autos but when a company knowingly sells inferior products for an extended period of time, causing financial hardships for many people, they have lost my business and my children’s business for life.

“Intrepid is 10 years old but I did all the required oil changes in the timely manner. I bring the car into Firestone for a leak and suddenly they are looking at $4000 in engine repairs. Said they saw something similar in an Intrepid a few weeks ago. Took it to Dodge dealer and they mentioned it looked like coolant was getting in. They changed the oil and added a dye to find where my leak was coming from. Two days later I am driving in the Jewel parking lot and the car quits. I could not restart and I had it towed back to the dealer. After looking at it further, they say they wouldn't put any more into it.”

“We have a 2001 Intrepid, 2.7 and what a horrible experience it has been. We had it to 3 different mechanics, one said “oh it's the alternator” WRONG. Then while it continued to leak oil but somehow never need oil I figured, hmmm maybe it's the oil pump or something that had to do with the oil. Mechanic said “nope it's fine”. Well, it was NOT fine. I had it 1 month, had it towed twice and drove it approx. 5 days. Over $800 in repairs and finally the last mechanic pulled the top off the engine and told me there were metal shavings in the valve. He said that the best thing to do was to take it out to the back and shoot it! That only cost $200. I looked up problems for this car and apparently these cars suffer from oil sludge build up, and it will kill your car. Or in this case, my car. It only cost me roughly $2700 to not drive this thing.”

“My oil pressure light flickers at idle. According to the owner's manual, it says immediately shut down the engine. I have been driving it like this for a couple weeks, simply out of necessity. If I'm idle for more than 3 minutes, the light comes on. If I rev the engine just a little it goes away, and then comes back on after about 30 seconds. The first thing I will do is change the engine oil with synthetic. Next, I'll look into the oil pump as that has been mentioned in some of these issues. Dodge really should step up and take credit for this problem.”

“I purchased a 2001 Dodge Intrepid in October 2008. In a few weeks the oil light would flicker when I would stop at red lights. I took it to my mechanic he changed the oil and put some Lucas treatment in the engine. The same day it came back on when i would stop and idle. My mechanic checked the oil pressure and it’s right where it should be. Sometimes it comes on once in a while.”

“One day with no warning the engine just shut down. Coolant in the lower engine case. To our surprise this is a common problem. We were given a price of 6,000 dollars to replace the engine. Kelly blue book for this car is 3,500. Needless to say, we're not fixing it. With only 75,000 mile we were hoping for two more years from this car. This is the first car I owned that didn't make it over 125,000 miles. The oil was changed at every 3000 miles and I have receipts for that.”

“Purchased the 2001 dodge intrepid in 6/07 with approx. 100,000 miles on it. Car seemed like a dream. Had it checked and checked again and only the most minor problems were found. Fixed those right up and car drove like a dream. A few months ago [I had a] minor electrical problem. [I] Fixed and forgotten about. I drive 100 miles a day 3 days a week. about 60 miles into one of those drives I see white smoke from the tailpipe. Thought to myself it was from an oil change I had the previous day and that it would clear up. Smoke got worse so I pulled over. After a few minutes I took off again. No indication of overheating. After about 5 minutes the temperature gauge begins to drop so exited highway. Just as I pulled over the car died. Barely made it off the highway even though car indicated no problems. Towed 25 miles to my mechanic who told me my cooling system had exploded. After checking the vehicle delivered the awful news. Engine had three blown cylinders. I cared for this car like a mom cares for a newborn. Still didn't save me from the 2.7L engine curse.”

“Just finding out about the problems with the 2.7 Dodge Intrepid. Have had excellent maintenance record, no warning by the mechanics, no red warning light came on. By the time I knew anything was wrong, the engine was “blown”. Dodge claims no responsibility if I can't show the oil was change every 3,000 miles, and not a mile over that; think that is a nasty way to repay consumers for buying their car that they know is going to “blow up”, and then not notifying the owners and/or mechanics who service those cars. I don't have the $6,000 to put in a new engine and why would I on a car with 93,000 miles on it. Really, really upset with he Dodge Company. Will never buy another one.”

The 2001 Dodge Intrepid saw its share of recalls that ranged from lamp replacements to faulty head protection.

Within the seat back/reclining recall, it was reported that the on specific passenger vehicles, the seat back recliner bolt can break, causing the seat to recline unexpectedly.

In the recall of the head protection, certain 2001 Intrepid vehicles do not comply with the mandates from the Federal Motor Vehicle Safety Standards.

Have you had just about enough of your 2001 Dodge Intrepid? Are you looking to sell it but don’t know where to turn? We are Cash Cars Buyer and we will buy that 2001 Dodge Intrepid from you, FAST! We purchase all makes and models, including 2001 Dodge Intrepid vehicles! Just click here to obtain a FREE online offer and be well on your way of no longer having to dodge that Dodge!

Sell Your Intrepid Today! How It Works

Tell us about your Intrepid

Take the time to tell us all about your 2001 Dodge Intrepid. Be sure to indicate any damage, if you have the title and more. The more precise you are, the more accurate your FREE online quote will be!

Call us and Accept Your Offer

Once you have your FREE online offer, call us so that we can ask you some additional questions about your 2001 Dodge Intrepid. This ensures that we provide you with the best guaranteed cash offer possible. Love what you just heard from us? It’s time to sell that car!

Get paid for that Intrepid FAST!

When you agree to your offer, we will make plans to come to your locaiotn, appraise your Dodge Intrepid and then pay you right then and there! No price-haggling or frustration!

We make selling your Intrepid Quick, Fast and Profitable!

You need not live with that problematic 2001 Dodge Intrepid anymore! Just click here and prepare to sell that car the fast, quick and easy way! Sell to Cash Cars Buyer, today!