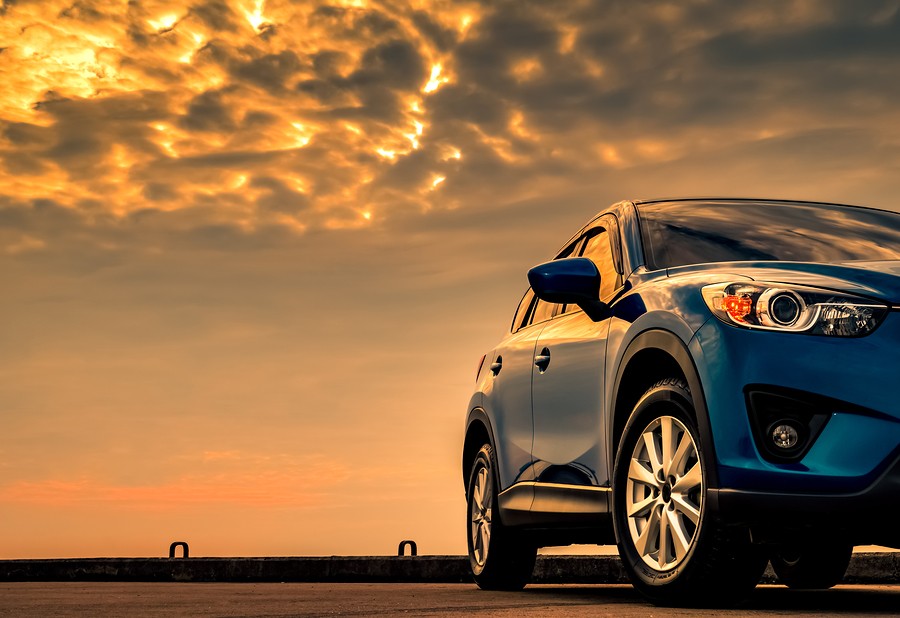 Whenever the subject of a conversation leads to sports utility vehicles or SUVs, one brand will surely come up, Chevrolet. For the longest time, Chevrolet, or more commonly known as Chevy, has been a household name when it came to SUVs and Trucks. Any right-minded person would choose a Chevy SUV any day.

Here we will list the best Chevy SUVs out there, from the current models to older models that can still hold their own against the current herd and the classics where most of the design and performances that current Chevrolet SUVs and trucks have been derived from.

These are the current lineup that is available now. If you go and ask your car dealer, you’ll probably get this list.

With six trims to choose from, the Chevrolet made sure that there is a right Suburban for everyone. Boasting great tow capacity, huge cargo space and comfortable seats, this is an SUV that can do everything you need. To give you great off-road capabilities but still maintain a comfortable ride, it is equipped with the most advanced suspension in its class. Coupled with this Chevy gives you the option between three engine types, a 5.3 V8 producing 355 hp, a 6.2 V8 that produces 420 hp and a 3.0 L Diesel engine producing 277 hp.

A new Chevrolet Tahoe is about to be released in 2021, still based on the Silverado, it will now sport an independent rear suspension, giving it an improved ride and handling along with an expected increase in passenger and cargo spaces. It will be offered with a 3.6 L V6, a 5.3 L V8 and a 6.2 L V8, it is also possible the Chevrolet will offer the Silverado’s Turbocharged 2.7 L inline 4 engine.

Before the next-generation Tahoe is released, the last update of its 4th generation is still a best seller in the market. Powered with either a 5.3 L V8 producing 335 hp coupled with a six-speed automatic or a premium version with 420 horsepower 62. L V8 with a 10-speed automatic transmission. Still available as a rear-wheel-drive or an all-wheel-drive, this last hurrah of the 4th generation still embodies the performances of the Silverado but offers amazing comfort.

This SUV is perfect for people who won’t compromise styling for passenger and cargo space because the Traverse offers both. Add that to the advanced technology and connectivity offered this SUV will give you an amazing and safe ride giving you the confidence to travel wherever you want to go. It is powered by a 310 horsepower V6 coupled with a nine-speed automatic transmission. This gives the Traverse a towing capacity of 5,000 pounds, and to help with efficiency, the power to switch between front-wheel drive and all-wheel drive is in your hands.

Originally introduced in 1969 as a two-door SUV, the Blazer made a comeback as a Midsize CUV or Compact Utility Vehicle on June 21, 2018. It is built on the same platform as the Acadia, Chevrolet’s mother company, GMC’s counterpart in the midsize CUV segment. It takes design cues from the Camaro while retaining a CUV feel.

Standard trims come powered with a 2.5 L Inline 4 engine the produces a maximum horsepower of 193 and a total torque of 188 lb-ft. A more powerful 3.6 L V6 engine will also be an option offering a maximum of 305 horsepower and 269 lb-ft of torque.

The latest refresh of the third generation Equinox was shown a the 2020 Chicago Auto Show last February 6. It now sports a new front grille similar to that of the Blazer, adopting the updated Chevy design language.

Subcompact crossovers popping up everywhere and Trax is Chevy’s entry to this growing segment. The new Trax now sports an updated set of headlights that goes well with the new signature bowtie grille. Boasting a sitting capacity of five, with a classy interior and top-notch information and entertainment that can be accessed on a 7-inch touch screen equipped with Chevrolet MyLink Infotainment System.

The Trax is powered by a 1.4 L Inline 4 engine capable of producing 140 horsepower and 147 lb-ft of torque coupled with a six-speed automatic transmission that powers the front wheels.

The Trailblazer is one of the most powerful entries in the mid-size SUV segment, mostly due to its 2.8 L Duramax Engine. It has more than ample space for 7 people and a lot of cargo, if more carrying capacity is needed, the seats can be configured to allow more space for additional cargo.

Powered by a 2.8 L Diesel engine boasting a maximum horsepower of 197 and a total torque of 367 lb-ft, the Trailblazer can get you as easily around the city as it can through the mud and dirt.

If none of the ones mentioned above are your style or maybe out of your price range, you can sweep through the used SUV market for iconic Chevy SUVs that can still live up to their names. Below is a list of non-brand new Chevy SUVs that may fit your style or budget. The vehicles on the list below have proven themselves time and again that most of them have their own cult following, so to say.

Originally introduced in 1982, the 94 version of the S 10 Blazer marked its peak. Based off of the GM T330, it gives you the classic look and performance every SUV should have. Boasting amazing torque it could haul like no other models could, from boats to camper trailers to huge loads. The S 10 can come in one of 6 petrol engines starting from 1.95 L Inline 4 to a huge 4.3 L V6 or a 2.2 Inline 4 Diesel engine.

The second-generation Geo Tracker came out in 1999 it was originally introduced as a mini SUV 1989 and was developed by CAMI, a joint venture of General Motors Canada and the Japanese brand Suzuki. It was initially developed alongside its twin, the Suzuki Escudo (or sidekick as it was known in other countries).

The second-gen came with three engine variants, a 1.6 L Inline 4, a 2.0 L Inline 4, and a 2.5 L V6, the latter producing 155 horsepower. It also came in two body types, 2 doors, and 4 doors, both with the option for a two-wheel drive or all-wheel drive in either a 5 speed manual transmission or a 4 speed automatic.

By 2006 Chevy had become known for having a strong line up of compact SUVs, the Captiva marked the introduction of a new level of crossover vehicles. Designed for both an everyday family ride to a weekend fun drive car. The combination of both practicality and performance is what made it popular.

Powered by either a 2.0L Inline 4 Diesel engine or a 3.2 V6 Petrol engine coupled with a 5-speed and a 6-speed transmission respectively with options for automatic or manual for both.

Initially known as the GMC Yukon, the Tahoe was introduced in 1995 as an upgraded version of the 1994 GMC truck. With its introduction came the all-new 4 door version. It was named Truck of the Year by Motor Trend Magazine a year after its introduction.

The standard is powered by a 5.6 L small block V8, but a 6.5 L turbocharged Detroit Diesel V8 came as an option.

Another product of CAMI, the Equinox first introduced at the 2003 Detroit Auto Show. The 2008 model of the Equinox introduced a sportier version called the Sport/SS. It is powered by a new 3.6 DOHC V6 engine coupled with a 6-speed automatic transmission. With the 264 horsepower it produces, it can go from 0 to 100 km/h in less than seven seconds.

If your taste is more into the classics, unfortunately, you’d be out of luck if you’re out in the market for SUVs, since the SUV category is a relatively recent addition to vehicle categories. But still, for your amusement and information, below is a list of some of the most iconic vintage trucks Chevrolet has ever made. And if you know where to look, you might still be able to find one of these.

The Half-Ton is the first-ever truck designed by the Design Center which was known at the time as the Art and Color Department. Led by Harley Earl, the Design Center started to create unique designs for trucks, deviating from the designs of cars to give them more of an identity.

With its five-bar horizontal grille, the more integrated fenders and the fitting of the headlamps on the wide part of the truck, The 3100 Series embodies what a vintage Chevy Truck looks like, it is what most people associate to. This is the reason that the 3100 Series may have the most iconic design of any Chevy trucks.

The Cameo Carrier, also known as the Task Force truck, is the first Fleetside designed by Chevrolet, the clean bed surface is seamlessly integrated with the cab and fender giving it a more elegant shape all around. It is also the first bumper to bumper style truck.

Arguably the best looking trucks Chevy ever produced, the C10 Fleetside’s design cues give it a clean look and cool proportions giving it its iconic look. One design element that originated from this truck is the bar on the front fascia that connects the headlamp center and the bowtie. The C10 Fleetside also came at the right moment when metallic paints have just been introduced making its bodywork lines more prominent.

The C30 1 Ton Dually was the first crew cab dually in the market. It is considered by many to be the first modern styled heavy-duty truck ever. Just by looking at the third-generation C/K’s design, you can tell that it was a truck that can be used both for fun and for work, simple, tough, and purposeful, which most truck designs carry to this day.

The C/K 1500 is the first-ever truck designed by Chevrolet to be greatly influenced by aerodynamics. It was way ahead of it time both design-wise and performance-wise. New and advanced ideas were not only applied on the exterior but also inside where a futuristic look and feel was implemented.

With people’s lives being busier and busier than ever, vehicles that can be both practical and fun is needed now more than ever. Chevrolet has obviously for a very long time, judging by the legacy of the truck and SUV line ups they have produced through the years. It is no wonder that its name is what comes to mind first for most people when in search of practical and purposeful vehicles that still leave room for recreation.